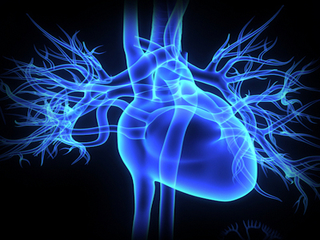 September 6, 2018 — There is “substantial variability” in the way that different medical imaging modalities measure left ventricular ejection fraction (LVEF), a key measure of heart function. This variation should be seriously considered before patient treatment, according to an international study published online August 31 in JAMA Network Open.

Assessments of left ventricular ejection fraction have long been used as indicators of proper treatment and outcomes for patients recovering from myocardial infarction, heart failure, and/or valve disease. Established guidelines for LVEF thresholds, for example, are used to determine whether a patient needs an implanted device, therapeutic treatment, and/or valve replacement. LVEF also is often among the criteria for enrollment in cardiac clinical trials.

A variety of imaging modalities can be used to assess LVEF, such as gated SPECT, cardiac MRI, and echocardiography. But there is limited information on how LVEF measurements can differ between imaging modalities and how those variabilities could affect patients and clinical trials, noted a research team led by Dr. Patricia Pellikka from the Mayo Clinic in Rochester, MN.

“Although LVEF is a widely reported measurement and is the cornerstone of many treatment decisions, there is substantial variability in its measurement using different modalities, even when assessed by core laboratories,” the group wrote. “Considering this variability, cut points in LVEF should not be the sole basis for decision-making.”

Pellikka and colleagues reviewed LVEF measurements of 2,032 patients (mean age, 60.9 ± 9.6 years) at 127 clinical sites who were assessed by at least one of three imaging modalities between July 2002 and May 2007. All subjects had coronary artery disease and LVEF measurements of 35% or less — the threshold at which patients are at risk for heart failure.

The group performed head-to-head comparisons between the modalities and measured how many of the LVEF measurements with one modality came within 5% of the other modality. For approximately half of the scans, the comparisons did not come within 5%.

In addition, there was disagreement among echocardiography, SPECT, and cardiac MR results regarding whether LVEF was greater than 35% in approximately 20% to 25% of cases.

The researchers also found that patients with higher-quality echocardiographic images were more likely to undergo additional imaging, with 42% of cases proceeding to SPECT and 37% referred for cardiac MR. A large majority of those patients underwent SPECT imaging (80%) or cardiac MR (84%) due to a prior myocardial infarction.

Given the disparities between the three modalities, the authors suggested that the most prudent course for monitoring patient outcomes might be to use the same modality over a period of time.

“The diagnostic and prognostic importance of LVEF as well documented in numerous studies is not disputed. Left ventricular ejection fraction by each modality was associated with mortality,” they wrote. “However, variability in LVEF assessment by different imaging modalities should be considered in trial design and clinical management.”